At the Annual General Meeting of the Association held on  23rd January, 2012, a proposal was put forward and agreed upon that a Loyal Address should be sent on behalf of the members of the Association to her Majesty, the Queen congratulating her on her Jubilee and conveying the membership's best wishes.

Accordingly such an Address was drawn up and prepared as an illuminated manuscript on vellum and duly delivered to Buckingham Palace ahead of the sixtieth anniversary of her Majesty's Accession on 6th February. A photograph of the Address appears below together with the acknowledgement from Buckingham Palace. A list of the current members of the Association was delivered with the Address. 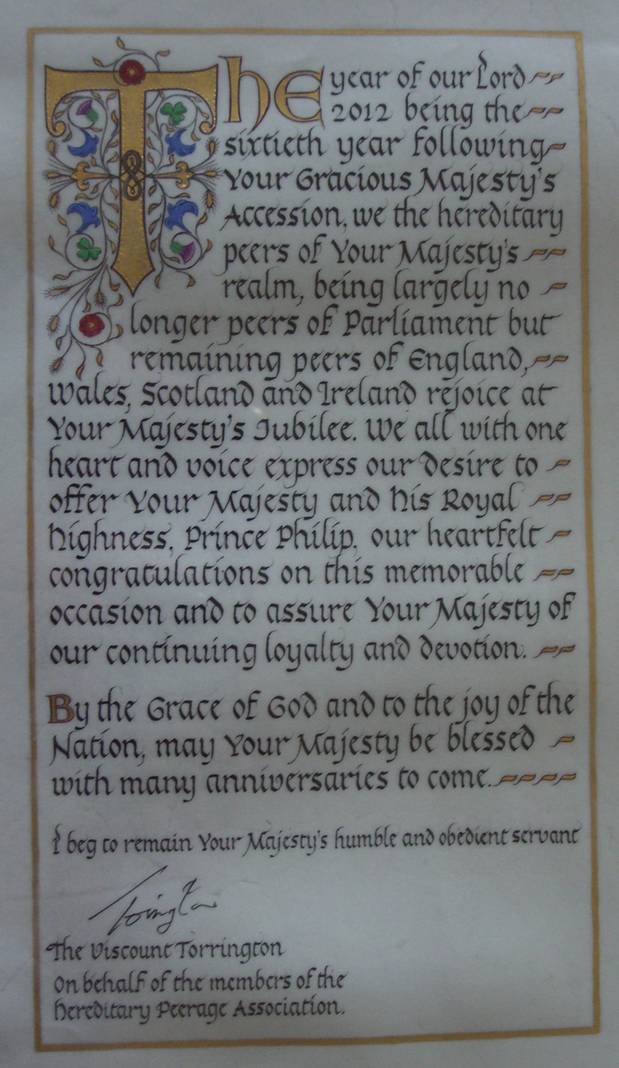